Allied Resource Partners Summary: Much Ado at COP26 Deciphering all the Heat Generated at the latest Climate Change Conference 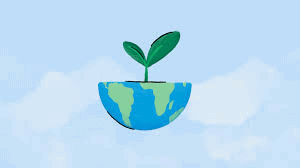 We don’t have to go to Glasgow, Scotland to hear what’s being said at the Climate Change Conference. We listen to the news, read the papers, and if we want an information overload, we can go to the United Nations Climate Change Website (unfcc.int). But after doing all the above, we find mostly heat and not much light emerging. Too bad, because the world needs less heat in its sociopolitical climate.

We at Allied want to know which way the energy issue is blowing so we can compare where it’s leading to what we’re doing. So, we’ve searched for articles written by those who know more about than most about what’s coming out of the conference. Here is our bullet-point summary.

So, let’s bring all the above back to Allied Resource Partners. Our takeaway is the same as stated in some of our previous articles and posts. No one knows what will hold longer-term. But please note there’s money to be made going forward for Allied Resource Partners. And we are confident that all the above jibes with “staying the course” on our current strategy. We continue acquiring attractive leases while drilling and operating low-risk and high-return wells.

We want you to be well informed, because the more you know about O&G, the more you’ll understand why we can say that Allied is leading the way by treating smart, accredited O&G investors the way today’s business climate demands. Please contact us if you would like to know more about our latest Joint Venture Drilling Projects or discuss further any of the items we touched on above.