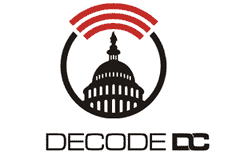 Hello from Rich Tabaka, Founder and President of Allied Resource Partners. I and my core management team recently returned from a great Fourth of July Week outing, and I hope yours was as enjoyable. And the Fourth of July always makes me thankful for living in America, reminding me that “We the People” are responsible for what goes on in Washington, DC.

and myself by using my new approach that’s leading the way for doing business in O&G with partners like you. We treat our partners, our people, our industry support, and the environment with dignity and respect. We do smart planning and implementation, which requires our knowing “which way the wind blows,” a phrase first recorded in John Heywood’s proverb collection of 1546.

I’m borrowing the phrase for this article because we must know its direction in our nation’s capital if we want to plan and implement effectively. And as I often state, Allied Resource Partners makes no claims about having foolproof insight into current events, but track as best we can so we can keep our business on track.

We just finished reading recently published “Chaos Under Heaven,” written by Josh Rogan. It chronicles the “battle for the 21st Century” currently between the United States and China. It provides the background, details about mistakes made by presidents Donald Trump and Barrack Obama (on America’s side) and Deng Xiaoping and Xi Jenping (on China’s), and summarizes what the future might hold. Here’s a useful bullet-point summary.

The book’s epilogue offers these takeaways:

Let’s make the above relevant for Allied Resource Partners. China’s growth plans are fueled by Oil and Gas. Demand will always cycle, but the trend is upward, and given increasing uncertainty in foreign supply, domestic production looks better and better for us. That’s why we continue to say: There’s money to be made going forward for Allied Resource Partners. And we are confident that all the above jibes with “staying the course” on our current strategy. We continue acquiring attractive leases while drilling and operating low-risk and high-return wells.

We post articles like this because we want you to be well informed. The more you know about current events and the connection to O&G, the more you’ll understand why we can say that Allied is leading the way by treating smart, accredited O&G investors the way today’s business climate demands. Please contact us if you would like to learn more about our latest Joint Venture.

PS: Here’s an incentive to buy in to our next project. I have two songs in mind that mention “which way the wind blows.” If you buy-in AND tell me just one of their names, I will send you “Thank You” gift. And I’ll guarantee that you’ll like it!

Pandemics, Psychology, and the Price of Oil