You are here: Home / Allied Resource Partners: Washington’s Holiday Presents for the People... 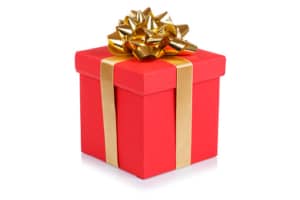 Much in the news regarding what Washington is giving us for the Holiday Season. Some of the news is good:

Some of the news is misleading:

And some news on the economic front is confusing:

Chris Christie, the former Governor of New Jersey, has just given podcast summaries of his latest book: “Republican Rescue.” Reporters and interviewers like him because unlike many politicos, he doesn’t dodge answering questions. Here is a short list of what he says:

And John Kerry, our highest-ranking representative at the recently concluded International Conference on Climate Change, presented this outlook:

And as we always try to do, let’s bring all the above back to Allied Resource Partners. Our takeaway is the same as stated in some of our previous posts. No one knows what will hold longer-term. But please note: there’s money to be made going forward for Allied Resource Partners. And we are confident that all the above jibes with “staying the course” on our current strategy. We continue acquiring attractive leases while drilling and operating low-risk, high-return wells.

We want you to be well informed, because the more you know about O&G, the more you’ll understand why we can say that Allied is leading the way by treating smart, accredited O&G investors the way today’s business climate demands. Please contact us if you would like to know more about our latest drilling projects or discuss further any of the items we touched on above.

The Energy Outlook for 2022
Scroll to top