The Energy Outlook for 2022 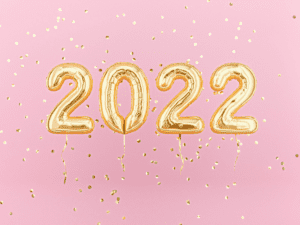 Hello to all existing and prospective partners, and welcome to 2022, which should be another eventful year. And as our tagline “Leading the Way…” says, we would like to summarize what we read about the energy outlook for 2022.

We make no claims to having a crystal ball. No one can forecast longer-term the price of oil, Covid-19 mutations, or what will happen in Washington, DC, but we do our best keeping track from relevant info sources of what the experts think. And one that we check daily is the Wall Street Journal. And we would like to pull together three articles found in its January 5th, 2022 edition that should give a pretty good idea about oil prices this year.

The first is “OPEC is Upbeat on Variant’s Impact”

And the third is “The Fight For Ukraine and Taiwan”

And as we always try to do, let’s bring all the above back to Allied Resource Partners. Our takeaway is the same as stated in some of our previous posts. No one knows what will hold longer-term. But please note: there’s money to be made going forward for Allied Resource Partners. And we are confident that all the above jibes with “staying the course” on our current strategy. We continue acquiring attractive leases while drilling and operating low-risk, high-return wells.

We want you to be well informed, because the more you know about O&G, the more you’ll understand why we can say that Allied is leading the way by treating smart, accredited O&G investors the way today’s business climate demands. Please contact us if you would like to know more about our latest Drilling Projects or discuss further any of the items we touched on above.